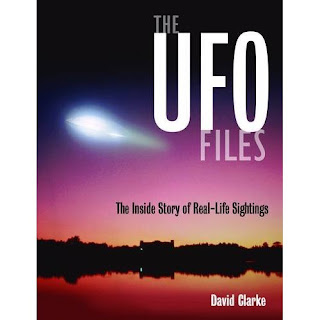 Dave Clarke has a new book looming on the horizon that deals with the specific issue of the British MoD’s UFO files.

And here’s Dave himself with all the details:
Copies of my new book based upon the Ministry of Defense’s UFO files can now be pre-ordered via Amazon.
The UFO Files: the Inside Story of Real-life Sightings will be published in paperback during July 2009 by The National Archives.
The recommended cover price is £12.99 but those who order early can obtain a discount.
The book has been specially produced to accompany the ongoing releases of MoD files via the TNA website UFO page.
The UFO Files showcases accounts of UFO experiences extracted from the entire TNA collection from the 19th century to the present day.
The first two chapters include official accounts of sightings and investigations of phantom airships, foo-fighters and flying saucers from the first half of the 20th century.Later chapters cover classic UFO incidents featured in the Air Ministry and Ministry of Defence files, ending with the most recent material released under the Freedom of Information Act.
The book concentrates upon primary documents and interviews conducted with key witnesses, much of which will be new even to seasoned UFOlogists.Working with The National Archives has meant that some key historical documents have been made available for publication for the first time.
The book will include over 70 original images from the files, including accounts collected by an Air Ministry investigation of strange phenomena sighted over London in 1921!
A summary of the contents, taken from the TNA new books page, follows:Original records reveal how British Intelligence and the CIA investigated many Cold War sightings, from the Roswell incident of 1947 to ghost aircraft, Radar Angels to the RAF’s confidential files.
The book sheds new light on many famous cases, such as RAF Topcliffe, 1952; the Flying Cross in Devon, 1967; RAF West Freugh, Scotland, 1957; the Berwyn Mountains UFO crash and the Phantom Helicopter Mystery, as well as the notorious ‘Welsh triangle’ and the Rendlesham Forest incident.
Dramatic witness statements and personal interviews - many undertaken by the author himself - combine with rarely seen photographs, drawings and newly available documents to bring these extraordinary experiences vividly to life.
From aerial phenonema of the First World War to crop circles and a secret UFO study of more recent times, The UFO Files offers a unique guide to our most intriguing mysteries.
Posted by Nick Redfern at 12:21 PM No comments:

The Monsters of Kent 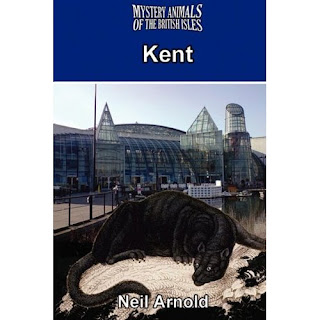 Yesterday, I received in the mail a review-copy of Neil Arnold's brand new book: Mystery Animals of the British Isles: Kent; which, as its title strongly suggests is Neil's own, deep, personal study of the weird creatures that dwell deep within his very own home-county of Kent, England.
At almost 400 pages in length, this veritable whopper of a book looks to be an excellent, definitive study that encompasses big-cats, black-dogs, water-beasts, Bigfoot, and much more.
I've only read one chapter thus far, and checked out the photo section and the other chapter titles; but I can say for certain that this is one of the most detailed regional studies of weird beasts ever written.
You can expect a review right here, just as soon as I have read it.